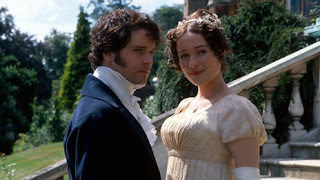 ‘From the first moment. . . of my acquaintance with you, your manners, impressing me with the fullest belief of your arrogance, your conceit, and your selfish disdain of the feelings of others, were such as to form the groundwork of disapprobation on which succeeding events have built so immovable a dislike’ Jane Austen

‘Social conformity. . . thwarts our instincts, and we can feel frustrated when those instincts are not gratified’ Henry Hitchings

These are ‘great years for individuality, but a disaster for manners’ Quentin Crisp

‘Personal freedom is a myth, a self-referencing delusion that destroys the very thing it seeks to achieve. Authentic freedom is grounded in Awareness; the Awareness that can be discovered on the sitting cushion, when dining with friends, or when stepping out onto the ballroom floor’. Lama Shé-zér & Lama Namgyal

The Natural Dignity teachings are a central part of the treasure teachings of Ling Gésar, Enlightened Warrior King of ancient Tibet.  Join Lama Shé-zér & Lama Namgyal this weekend as they explore how we establish authentic freedom through the medium of Buddhist meditation and 18th Century Ballroom dance. With additional material from Quentin Crisp, Jane Austen, Henry Hitchings and Chögyam Trungpa Rinpoche.

Raising a glass with Quentin and Jane


It was with no small surprise that we found ourselves sitting in our local public house some months ago raising a glass of Herefordshire Pale Ale with two most unusual drinking companions.  On reflection, we’re not sure which was the greater surprise: the identities of the couple with whom we found ourselves sitting, or the affect that the shock at having seen them sitting there had, which made us forget all trace of self-consciousness, and so invite ourselves to join their table.

Quentin Crisp was of course the most immediately recognisable.  His distinctive voice sounded sharp and clear across the lounge bar of the Castle Inn, and drew the eyes of everyone in the establishment.  Even were he sat silently, the purple fedora perched at a jaunty angle atop his head would have marked him out instantly.  Indeed his presence was instantly recognisable even though our first vantage by the bar only afforded a view of his back.

His companion sat opposite him in the bay window was providing him with her fullest attention, in spite of the distraction of the bright display of snow falling outside the Inn’s window.


She seemed somehow familiar to my eyes (my wife of course recognized her more swiftly even than she did Quentin), yet she was dressed in a rather old fashioned manner and somehow I couldn’t quite place her face, or her voice. Quentin paused for a moment in his speech, apparently having made his point robustly, for the lady looked downward for a moment as if considering her reply.  When she looked up, her words told me immediately who she was.

“From the very beginning— from the first moment, I may almost say— of my acquaintance with you, your manners, impressing me with the fullest belief of your arrogance, your conceit, and your selfish disdain of the feelings of others, were such as to form the groundwork of disapprobation on which succeeding events have built so immovable a dislike; and I had not known you a month before I felt that you were the last man in the world whom I could ever be prevailed on to marry.”

I did not hear Quentin’s reply, because the confusion of the moment had drawn me swiftly across the room to take up chairs by their table.  He looked at me sitting there slack jawed, thought a moment, and then said “Why my good fellow, your timing is impeccable.  Perhaps you and your fine lady can help Miss Austen and I solve this particular dilemma we are facing.  Which do you think to be the most important feature of civilized behaviour, manners, or etiquette?”

Jane closed the book that she had sat upon her lap and likewise turned her gaze to me.  My wife nudged me gently in the ribs, and words started to spill from our lips spontaneously, as outside the snow continued to fall.